Everyone experiences labor differently, that's why the BirthPlace at Chesapeake Regional Medical Center offers a range of safe pain control options for moms-to-be. Expectant moms should talk with their doctor about birth plans and which pain control options are right for them.

Chesapeake Regional also provides classes to teach breathing techniques and provide more information about what to expect during labor.

Often called an epidural, this pain control method is the most utilized option in the United States.

How does it work? First, a numbing agent is used on the injection site. A catheter is threaded through a needle into the epidural space near the spine. This small tube allows for anesthetic and/or narcotics to be added throughout labor. These medications numb the nerve fibers in the spinal cord, so the pain of contractions is greatly reduced. Once an epidural is placed, most patients become numb from the waist to the top of the knees in about 10-20 minutes. However, moms will still feel pressure from contractions, so they can experience labor and push when the time comes. Epidurals can be placed at any time during labor and are also used for C-sections.

A spinal block is an injection of anesthetic and/or narcotics placed in the middle of the back–much like an epidural. Spinal blocks are not as common as epidurals, but they are sometimes administered during C-sections or in emergency situations.

How does it work? Like epidurals, spinal block medications are injected after numbing an area of the back. This immediately numbs the body from the injection site down. However, a catheter is not placed during a spinal block, so the needle used is typically smaller. This also means pain control from a spinal block is limited, usually only lasting around two hours.

Nitrous oxide is used for anxiety relief (anxiolytic) and pain relief (analgesic). It’s commonly called “laughing gas,” but most moms describe it as giving them a sense of calm. While nitrous oxide has been more widely used during birth in other countries, it has recently become more popular in the United States.

How does it work? Nitrous oxide is mixed with oxygen and self-administered during labor using a breathing mask. It typically works best when you begin inhaling 30 seconds from the start of a contraction. Because it is not delivered intravenously, moms retain the ability to walk and move while in labor. Nitrous oxide is very versatile because patients can switch to a different option if more pain control is needed.

Rather than targeting a specific area of the body, systemic analgesics impact the entire nervous system, giving moms an overall sense of calm and pain reduction.

How do they work? Systemic analgesics are intravenous narcotics and sedatives given to a patient via injection or self-controlled IV line. These drugs cause drowsiness and are often given during early labor, allowing moms to rest. Unlike other options, analgesics are usually discontinued as pushing nears.

Read more about pain control options, as well as the risks and side-effects associated with these medications.

In addition to medicated options, our clinicians can support laboring moms with breathing techniques. Hot showers, walking, movement, birthing and peanut balls are also available to expectant moms on the unit, as permitted by their provider. 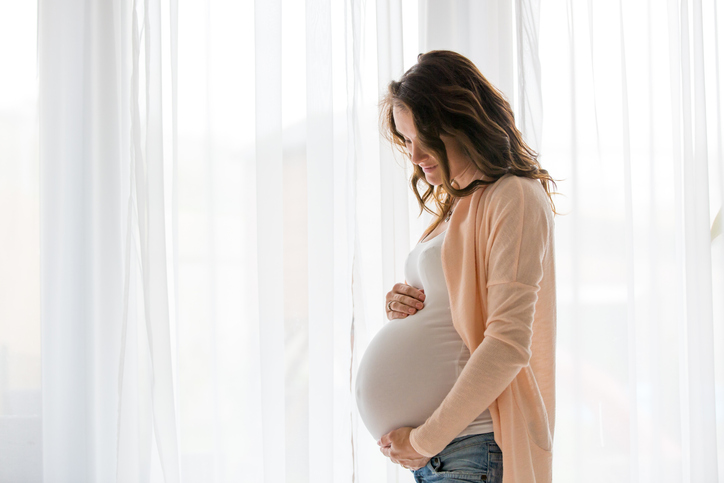 The Basics of Pain Control During Labor and Delivery A "New" Option for Pain Control During Labor